Click for Sina Page Two
Bio from website Sina-Drums
My name is Sina, I’m a drummer (most of the time). A musician. I like good music. All kinds of good music. What is good music? Don’t know, but as far as I’m concerned some kind of musical instruments should be involved. And I have to confess that I’m not a Metal Chick. I like some Metal bands but not all of them. I enjoy all kinds of different musical styles. Many guys see my drum covers and they ask me to cover all those Speed Metal Thrash Bands. I recognize the speed of all those drummers but that’s not for me. Sorry guys! 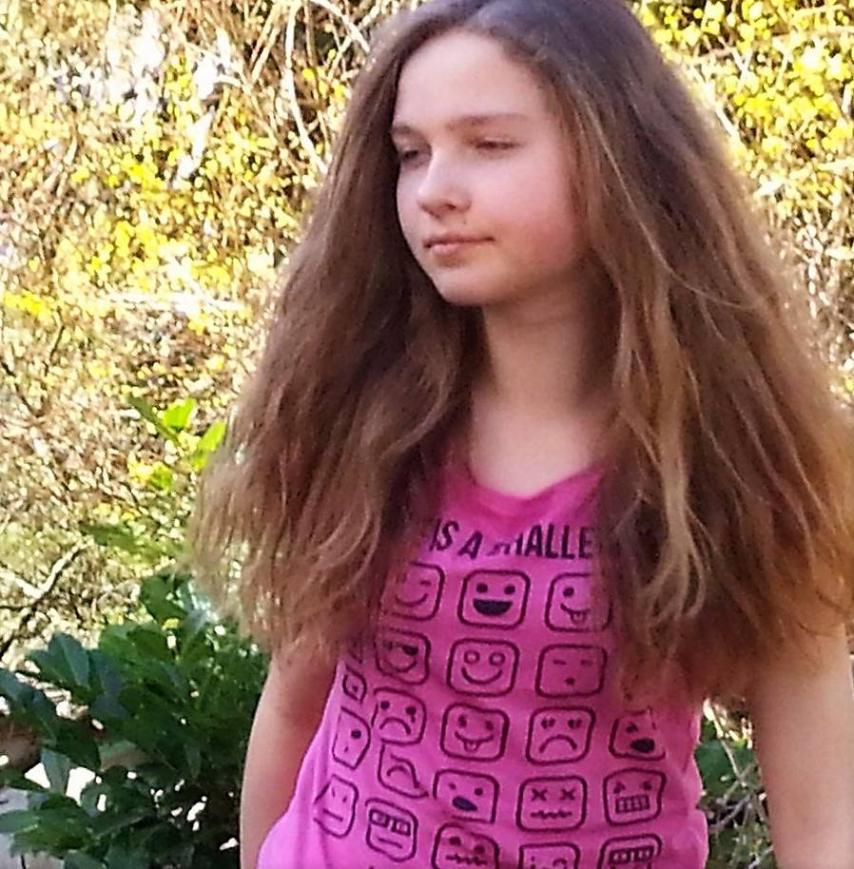 My dad is a professional Live & Studio musician. In the very month I was born he started touring Europe with a Beatles Tribute Show which he continued doing for the next 10 years to come before he concentrated on his studio work. 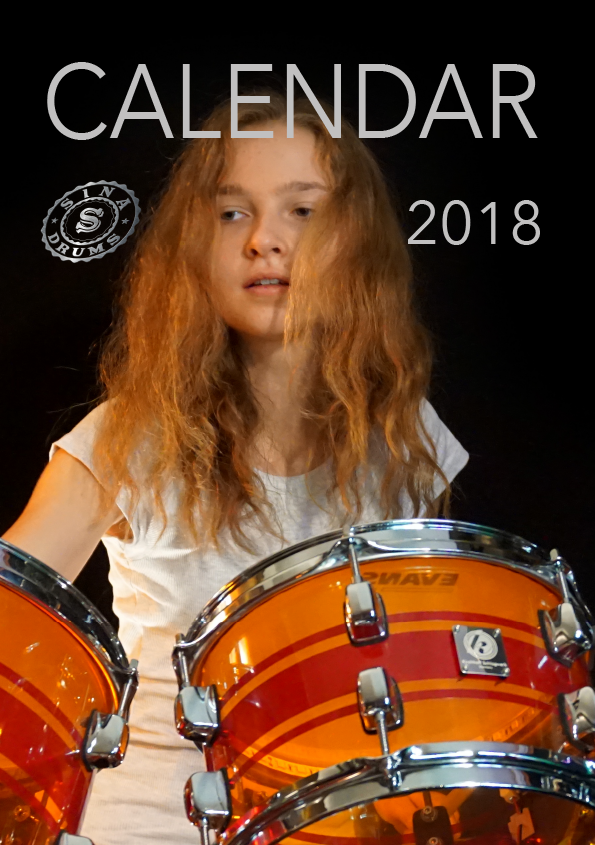 When I was 2 years old I joined him for the first time on tour (in Austria, so I was told). I enjoyed that a lot, esp. the big tour bus, and I kept attending his Shows as often as possible. Yes, I’m the little girl on the big screen (the little dog is a toy dog btw). During Soundcheck I used to count all the chairs. Sometimes I was dancing. There is a 10 second clip showing me dancing to ‘The Long And Winding Road’ but that’s Top secret!

When I was 6, my dad started recording educational music for children to help them learn the English language. For the first release (a musical called “A Toy Soldier In Love”) I was booked as a model and actor… Anyway, my dad teamed up with some of his English colleagues to produce some decent music for children. They recorded traditional Nursery Rhymes with a proper Band in a Rock, Pop or Folk feel. They did the same with German Nursery Rhymes and this time I was booked as a background singer. I was about 10 then. There’s a video with some of that old footage: 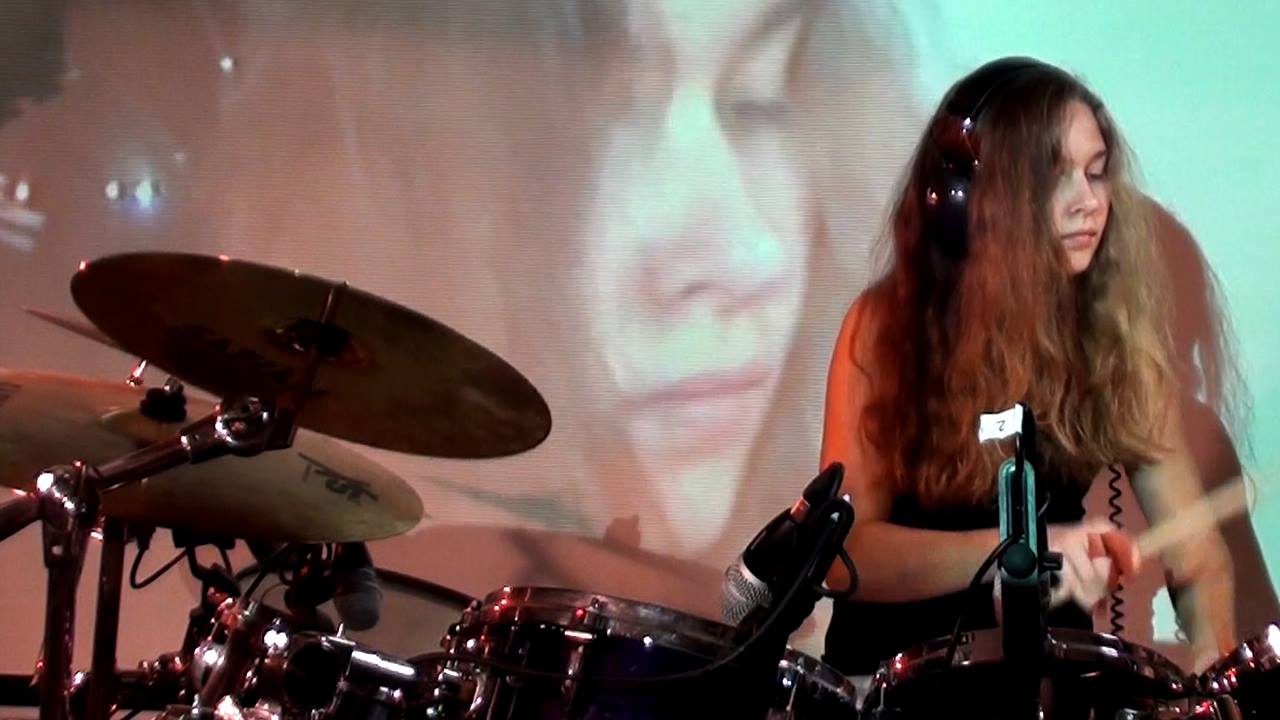 Around that time (back in 2010), I started drumming. My dad had bought a drum set for his studio in order to record Live drums. Although he plays most instruments (the ones with strings on or keys attached to) he is not a drummer and so I had to do the job. It took me about half an hour to learn (ha ha, a joke) and we started recording immediately. Ok, it took about a year before I first appeared on a commercial release. This is a track with the same singer who did the folk song (above) but this time I’m the drummer and not the backing singer any more!

I kept recording stuff for and with my dad and when I was 14, my YouTube channel went online. The very first drum cover I did was Metropolis Pt. 1 by Dream Theater. The great response encouraged me to build the channel by uploading more covers. It was quite tempting to go on like that but as an artist it’s not really satisfying to do one cover after the other. To be honest – it’s bloody useless! No, it’s not, it’s a great way to learn playing different styles of different drummers. But nevertheless it was about time to think about original songs. It was kind of helpful that my dad is a songwriter and arranger, so that was a good point to start from. 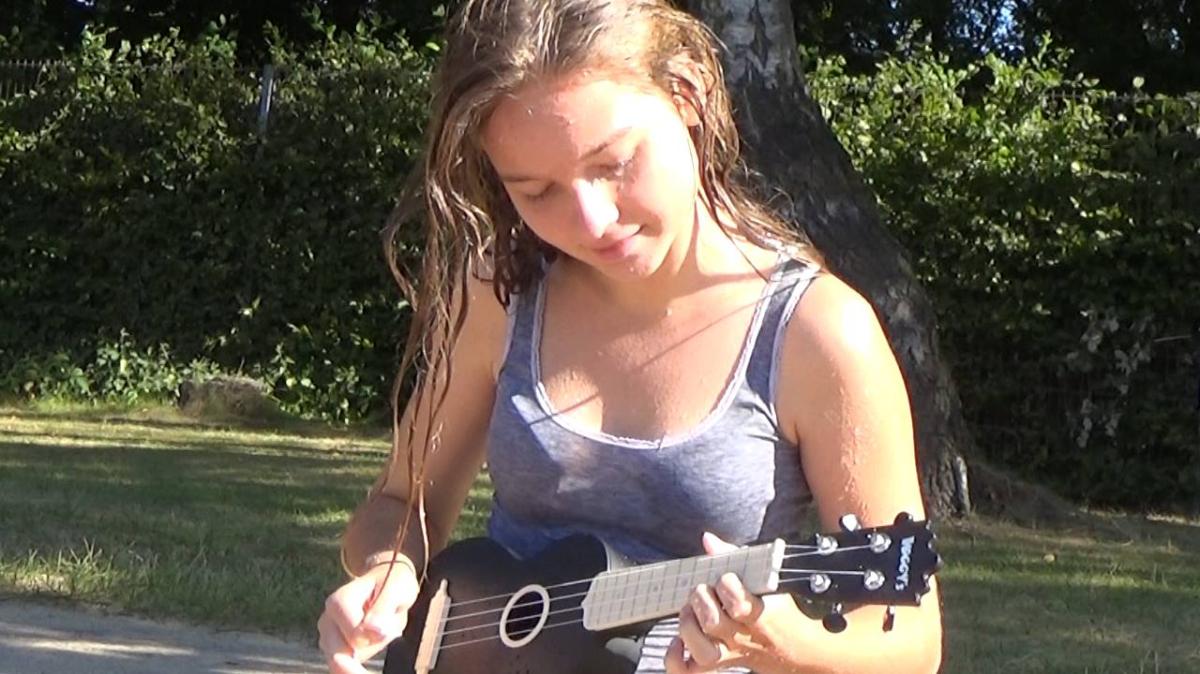 Money For Nothing; Drums & Guitar Intro by Sina

The first “real” album I played on was written by Briony Williams, the daughter of one of my dad’s English friends and colleagues. At first this album was only a collection of poems Briony wrote at the age of 14. Then she started to put her poems into music, her dad helped her with the instruments, about a year later my dad produced the album and I played the drums for a couple of her tunes. If you are into Acoustic Singer-Songwriter music, listen to her album Solstice for free!

Since then I was involved in a couple of collaborations with many musicians all over the world you can find some of those on my YouTube Channel.

So far so good but in 2015 it was about time to create something Original, something that wasn’t there before. So I started recording my original Chi Might Project, l invited musicians from all over the word to join me and the result was launched in June 2016. The CD is available worldwide via Amazon or my web shop or you can Download/Stream literally everywhere. 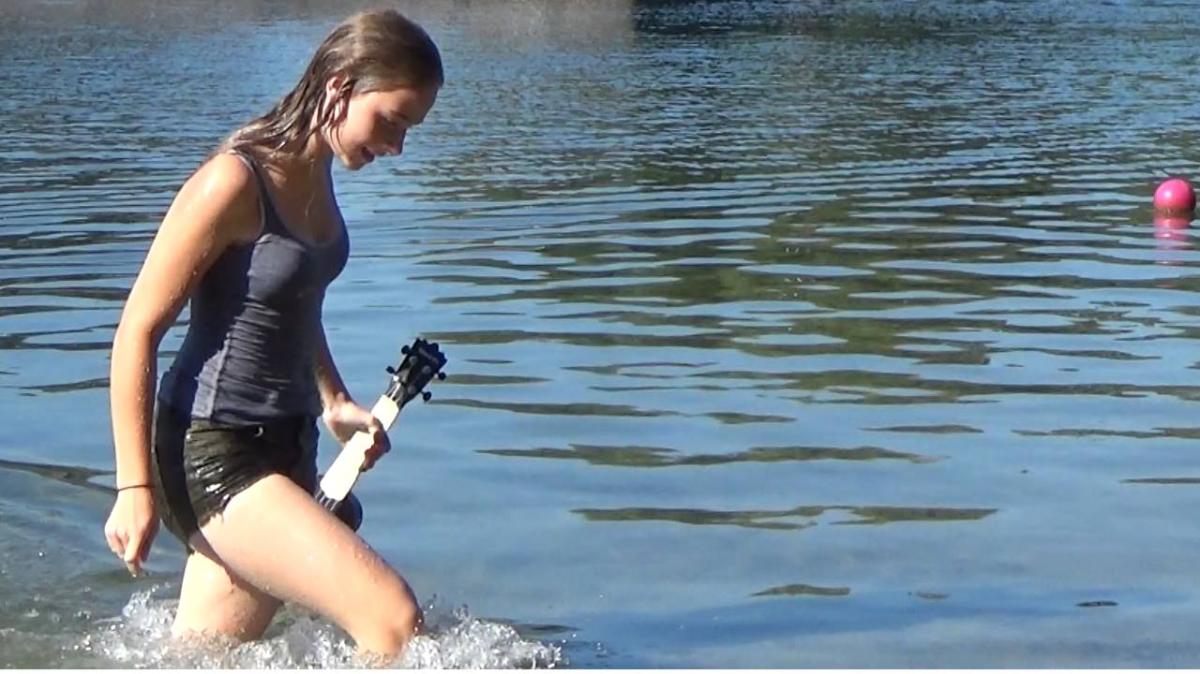 Some people think I'm a rich girl because I have many views on YouTube and a lot of subscribers, but unfortunately, most of those views refer to my drum covers of copyrighted material. The advert money generated by those views gets straight to the copyright holders, so my YouTube income is quite small. On the other hand, I'm often asked 'How can I support you?' and the simple answer is: You can support me by commenting on my videos, sharing my videos or buying my products. If you are kind of rich, you can also donate via PayPal (link below) or sign in to my Patreon account for an ongoing support. My Patrons get some insights and they also get access to free downloads etc.

My Generation (The Who); Drum Cover by Sina

Love In An Elevator (Aerosmith); Drum cover by Sina

Pinball Wizard (The Who); drum cover by Sina