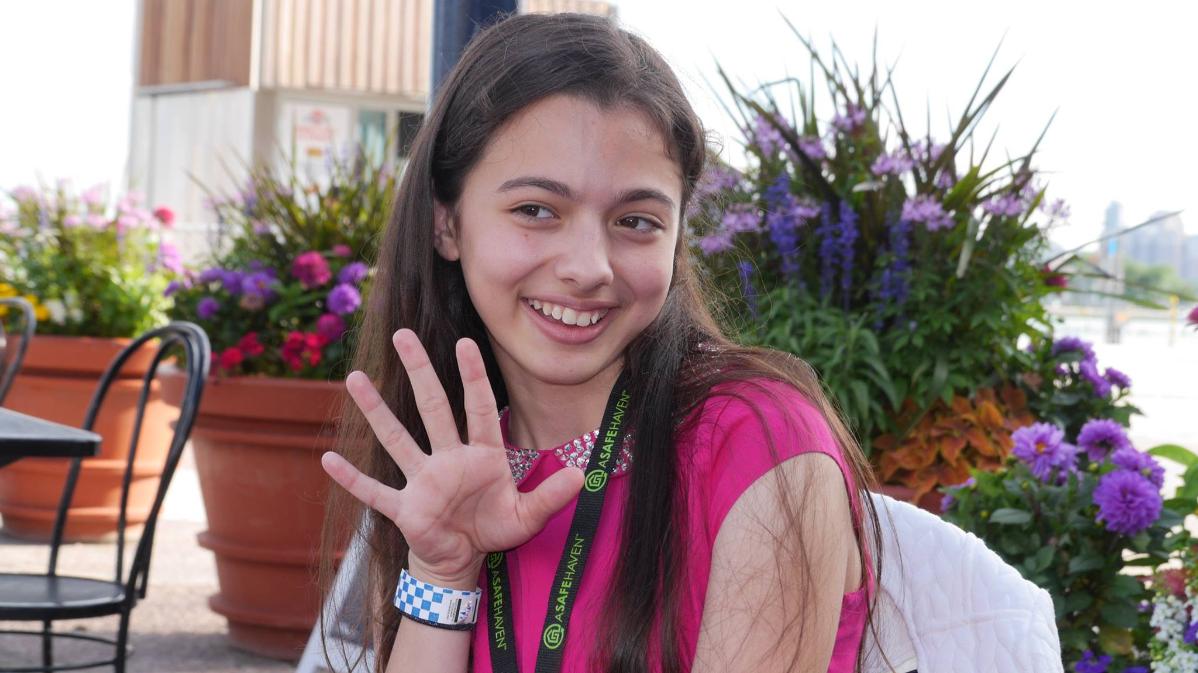 Laura Bretan is from Chicago, Illinois. Encouraged by her mother, Laura Bretan has been singing in church since she was a four-year-old girl. At age seven, while listening to Disney's "Sleeping Beauty," she realized she can sing in a different manner, however she continued to sing only Christian music.

In 2014, she started to listen to other genres and to learn some arias. She fell in love with classical music and has been an aspiring opera singer ever since. She believes she can touch people's hearts with her voice and hopes she can inspire others, especially teenagers, to enjoy opera as much as she does after realizing that it is the most complex form of art. Her favorite composers are Giacomo Puccini and Andrew Lloyd Webber.

Along with being American, Laura is also Romanian, born to Romanian parents. She went to Romania for her Romanian grandfather's funeral and while there, she auditioned for the sixth season of Romania's Got Talent at his wish. She eventually won the series. When she receives the cash prize, she will donate a big portion of it for orphans and to help end homelessness, two causes in which she strongly believes in.

It was always a dream to perform on the America's Got Talent stage, since the US is her birthplace.

Audition
Laura Bretan's audition in Episode 1101 consisted of singing singing "Nessun dorma" from the opera Turandot. The act received a standing ovation from Simon Cowell, Heidi Klum, Mel B, and Howie Mandel. Moved by her performance, Mel B pressed her Golden Buzzer to send Laura straight to the Quarterfinals.

Laura Bretan's Week 1 Quarterfinals performance in Episode 1111 consisted of singing Celine Dion and Andrea Bocelli's "The Prayer". Mel B, Heidi Klum, and Simon Cowell gave her standing ovations. Laura received enough votes to be sent to the Semifinals in Episode 1112 along with Jayna Brown.

Semifinals
Laura Bretan's Week 1 Semifinals performance in Episode 1117 consisted of singing "Pie Jesu". Howie Mandel, Mel B, Heidi Klum, and Simon Cowell all gave her standing ovations. Laura finished in fourth, fifth, or sixth place in America's Vote. In the Dunkin' Save, Laura received fewer online votes than Tape Face. In the Judges' Choice, although Howie Mandel did not vote for her, Heidi Klum, Mel B, and Simon Cowell did, sending her to the Finals in Episode 1118 instead of Edgar.

Laura Bretan’s singing technique ‘raises deep concerns’ says singing teacher
By Elizabeth Davis, 14th September 2016, 14:08
A 14-year-old singer has wowed America’s Got Talent with performances of ‘O Mio Babbino Caro’ and
‘Nessun Dorma’ – but some in the classical world have a very different view. Opera singers and music
specialists have voiced concerns over a promising young singer forcing herself to mimic much older voices.
Since the clip of Laura Bretan performing Puccini’s Nessun Dorma in the early rounds of America's Got Talent  appeared online earlier this year, it has been viewed millions of times.
Laura, now aged 14, followed up in later rounds of the talent show with performances of 'Pie Jesu' and 'The Prayer' – made famous by Josh Groban, Andrea Bocelli and Celine Dion. These performances also drew gushing praise from the judges.
A professional soprano’s view of Laura Bretan’s operatic technique >
In last night's grand final, Laura sang 'O Mio Babbino Caro', the soprano's aria from Puccini's opera Gianni Schicchi. Once again, the judges were impressed. Simon Cowell said: "This is ridiculous, how old are you? You perform with such passion and you pace yourself and you always hit that big moment, and I’m sitting here thinking you can’t really be 14." Watch the performances below:
While some cheered to see classical music reaching a mass audience – and to see millions of people sharing and enjoying Puccini’s music, others raised concerns over Laura’s technique and her choice of repertoire.
An open letter from an opera singer
Opera singer Heidi Moss wrote an open letter to the young singer on Facebook saying: “There are things I heard in your sound that concern me. True classical training takes years of hard work, and forcing a sound that isn’t truly your own is dangerous.
“Over time, the irritation of singing that way can cause swelling or even worse, nodes or popped vessels.”
A singing teacher's point of view on Laura Bretan
Claudia Friedlander, a voice teacher from New York, took a more positive approach in an article on her blog and published in Classical Singer Magazine . She said: “Laura delivered an earnest, authentic outpouring of passion, and she allowed it to flow through her voice with steadfast courage and commitment…
“But a young singer’s instrument is not yet even a fair facsimile of the voice they will late access as an adult. Thus there can be no true operatic prodigies. The young voice simply has not physiologically matured to the point that it is capable of projecting a healthy, balanced sound over an orchestra.
“This is why Laura’s performance raises such deep concerns for experienced opera singers and voice teachers. She possesses both a promising voice and strong musical instincts, but most of the sounds she is producing are the result of effortful, unsustainable manipulations of a body that is not yet mature enough.”
Are they just jealous?
But Claudia goes on to say that jealousy may partly account for the classical world’s knee-jerk negative reaction to Laura’s performance – after all, this clip has made the news around the world precisely because it's rare to see an audience react so enthusiastically to a performance of an opera aria.
She asks: “Does our desire to correct Laura Bretan’s fans about the nature of opera make us snobs?”
Read more - click logo below.
‘