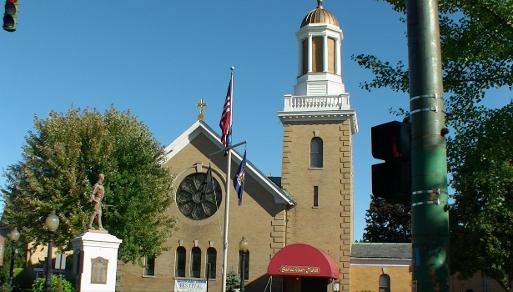 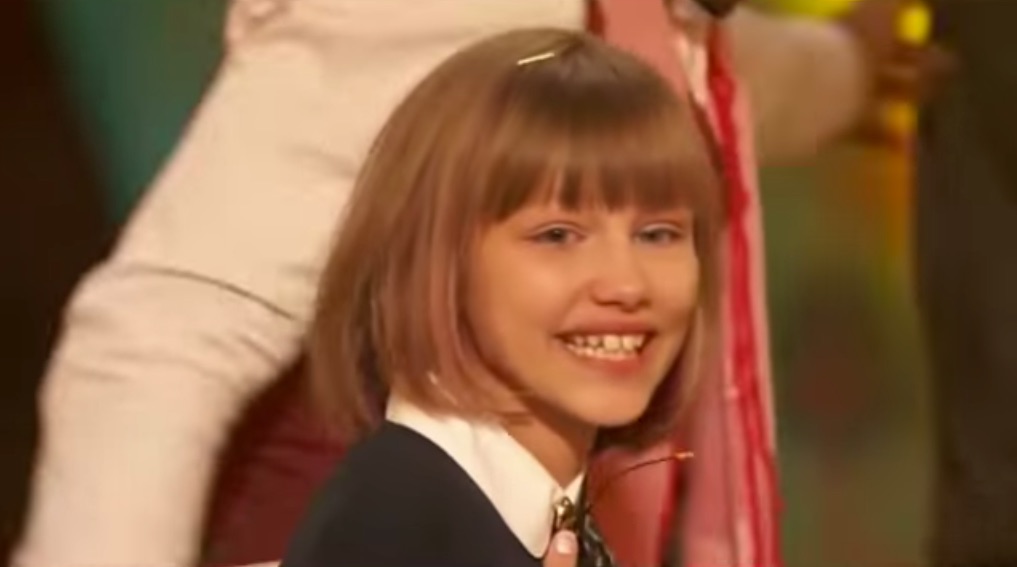 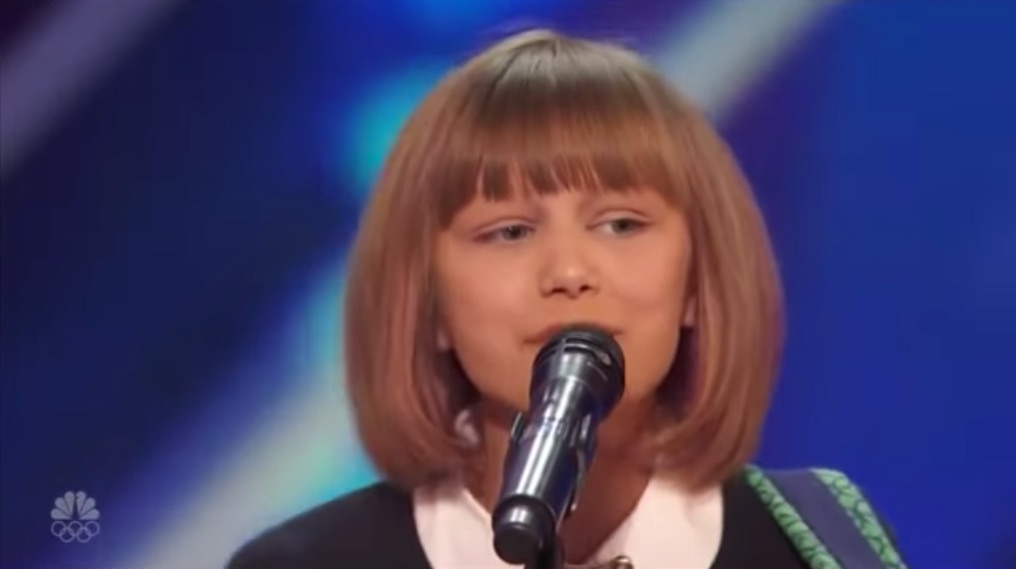 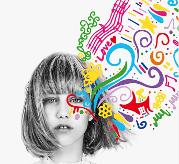 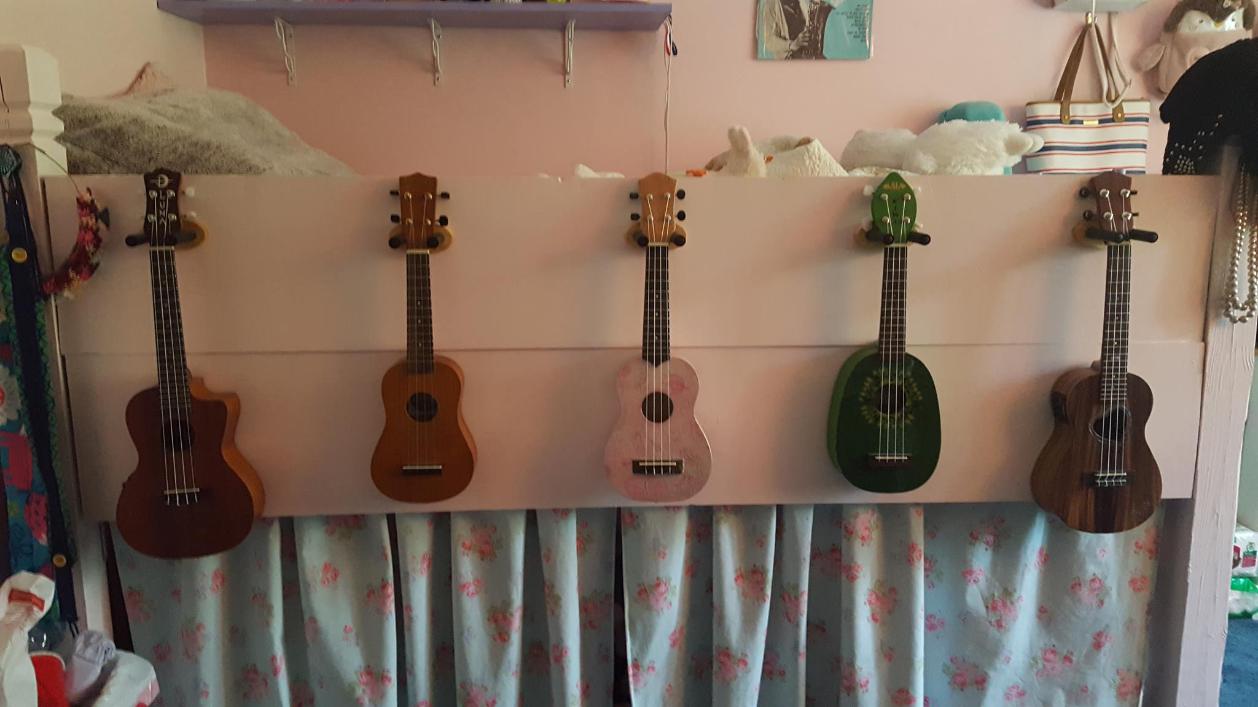 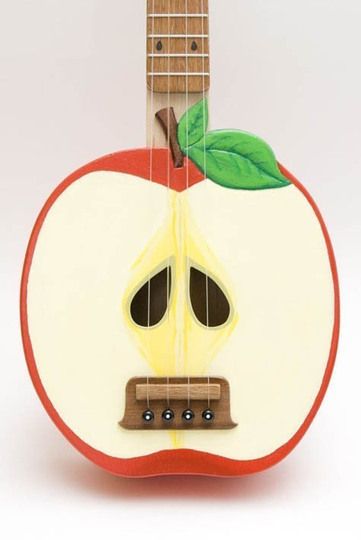 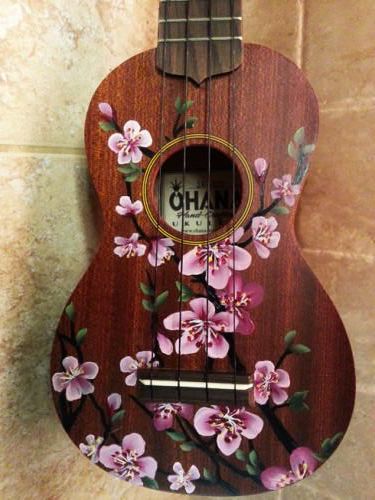 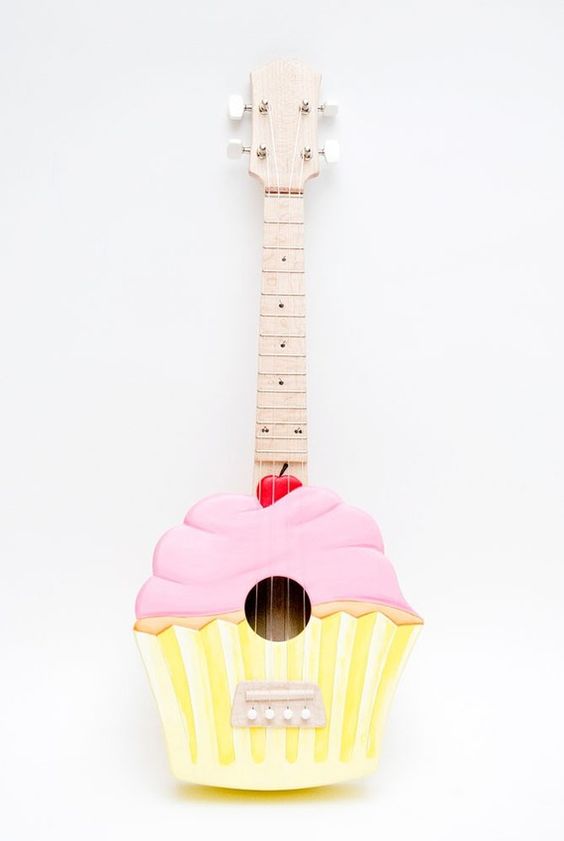 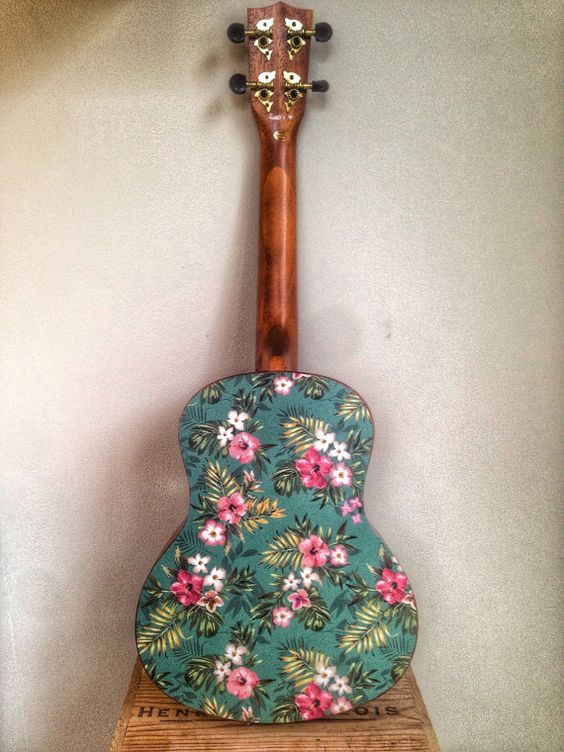 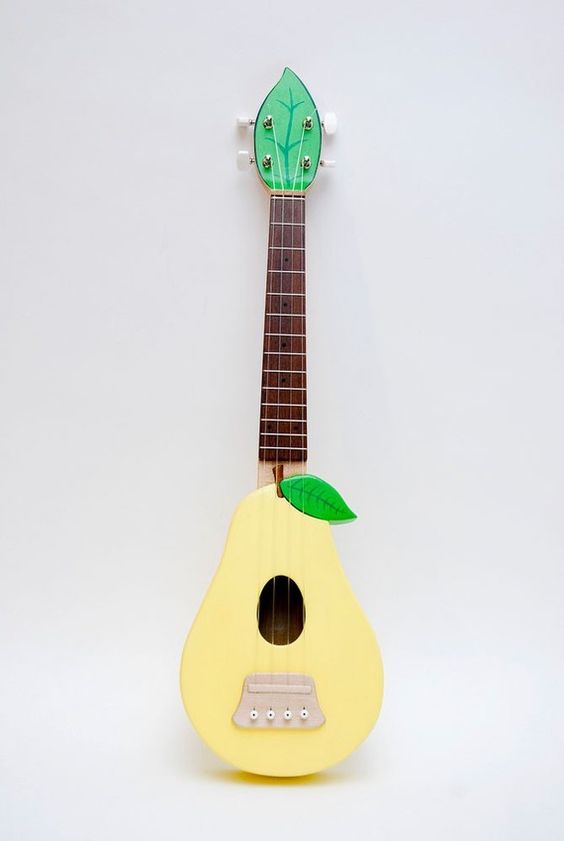 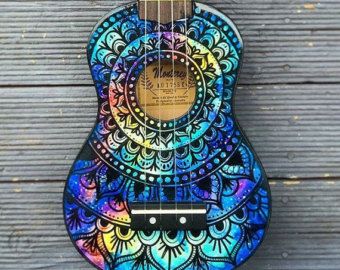 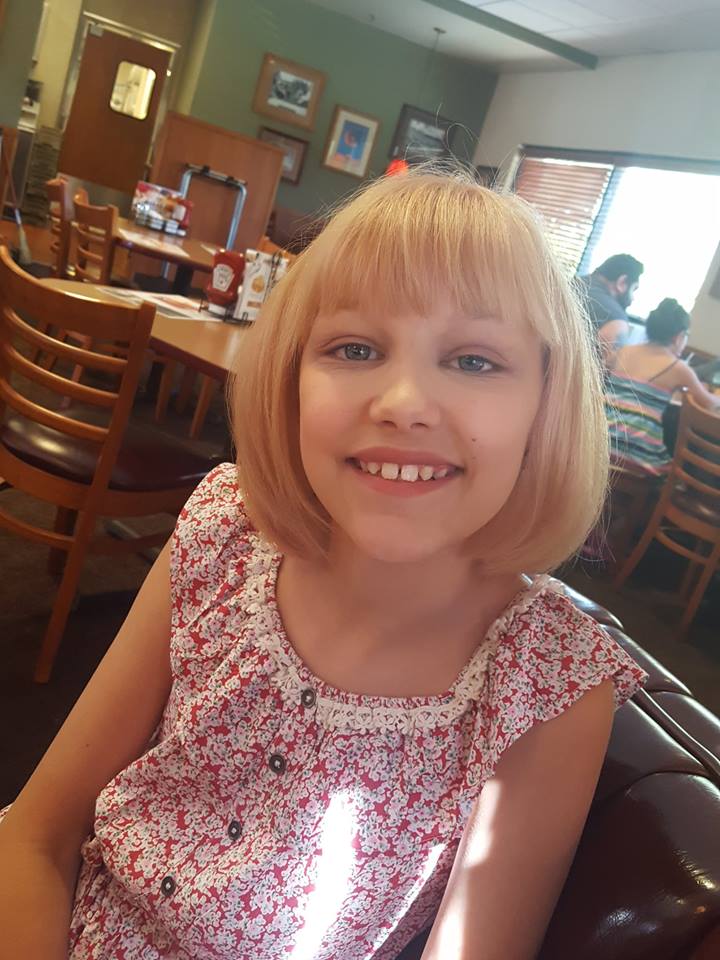 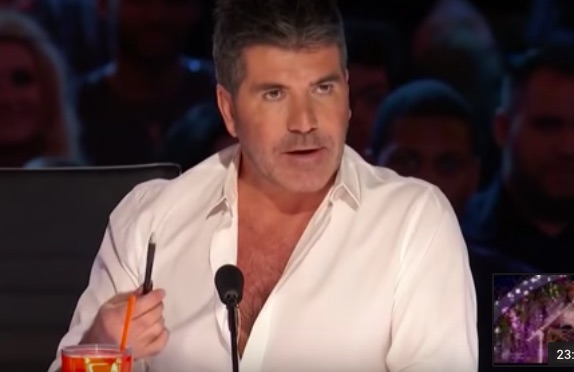 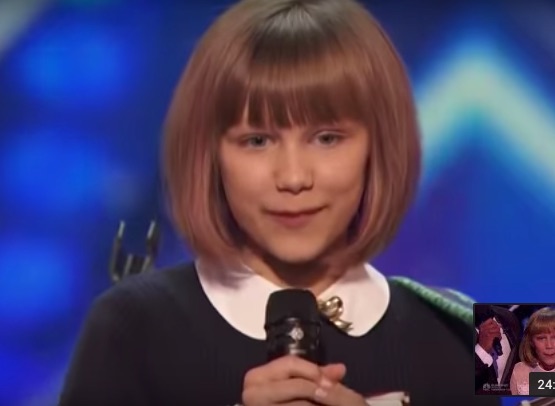 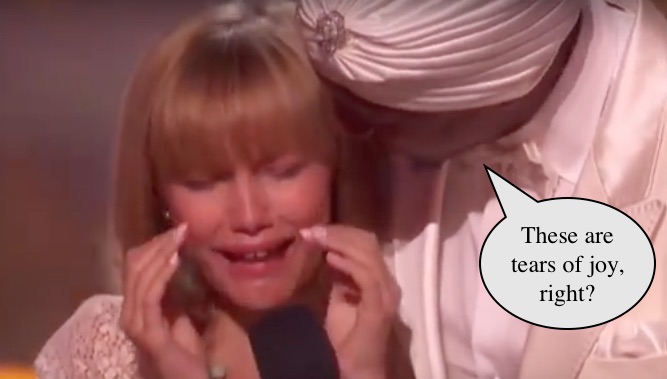 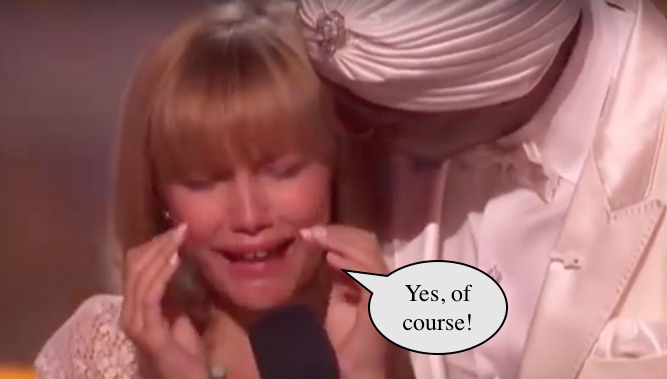 Grace Avery VanderWaal (born January 15, 2004) is an American singer, songwriter and ukuleleist from Suffern, New York. In September 2016, at age 12, she won the eleventh season of the NBC TV competition show America's Got Talent. She soon signed a record deal with Columbia Records and released her first EP, Perfectly Imperfect, in December 2016. Grace also creates videos of her original songs and covers for YouTube, and she continues to perform.

Grace was born near Kansas City, Kansas; her parents, David and Tina VanderWaal, lived in Lenexa at the time. The family later moved to Suffern, New York. Since winning AGT, Grace has been home-schooled and enrolled in online courses.

Grace began composing her first songs at age three, using a wireless microphone. As a preteen, she found songwriting inspiration by watching movies and trying to imagine what a character was feeling, and "what it would be like if I were them, and wrote a song." She was inspired to learn the ukulele after watching a family friend play and seeing a Twenty One Pilots video on YouTube. She then bought one, using money she had received for her 11th birthday, and watched more videos to teach herself how to play. She has also played the saxophone in her school's marching band. After learning to play the ukulele, Grace began to perform during open mic events at small venues near her home and to study music theory. In July 2016, after her audition on America's Got Talent, she performed at the Lafayette Theatre in Suffern and at the Ramapo Summer Concert Series at Palisades Credit Union Park.

Grace has written original songs (including those she has sung in competition) and recorded them, accompanying herself on ukulele, for her YouTube channel, Oh Never mind it's just me. The channel also includes her cover versions of popular songs. Her Instagram account has more than 1.5 million followers.

She includes among her musical influences such artists as Jason Mraz, Twenty One Pilots and Katy Perry.

On the June 7, 2016, broadcast during the eleventh season of NBC's America's Got Talent (AGT), Grace auditioned with her original song, "I Don't Know My Name", and was Howie Mandel's "golden buzzer" act. Simon Cowell called Grace "the next Taylor Swift." Brittany Spanos in Rolling Stone magazine termed the song an "emotional, catchy, quirky tune". Grace continued to perform only original songs on the show, including her next performance at the quarterfinals on August 23, 2016, titled "Beautiful Thing", a song written for her sister; USA Today characterized Grace's voice as "endearingly croaky". For the semifinals on August 30, she performed "Light the Sky", and for the September 13 finals, she sang "Clay", a song about dealing with bullies. Lindsay Peoples wrote for New York Magazine: "The songs she wrote and performed on America's Got Talent were not only catchy but emotional and unique to her own sound, a mix of raw and folk". AGT's videos of the four songs have accumulated a total of more than 65 million views. Her audition video was ranked as the No. 5 trending YouTube video of 2016.

Grace again performed "I Don't Know My Name" for the September 14 finale episode, then introduced a performance by Stevie Nicks, who compared her style with Grace's and said, "We like to be a little different ... and not like anybody else. She's got it. Whatever happens, Grace is going to the top." At the end of the broadcast, Grace was announced as the season 11 winner. She is the second female winner and second child act winner in the show's history.

Soon after winning AGT, Grace appeared as a guest on The Ellen DeGeneres Show and The Tonight Show Starring Jimmy Fallon. Billboard magazine named her to its 2016 21 Under 21 list of "music's hottest young stars".Grace plans to use part of her winnings from America's Got Talent to make a donation to charity and to buy a tree house for herself and her sister. She headlined four sold-out concerts in the PH Showroom at the Las Vegas Planet Hollywood Resort & Casino in October 2016, performing with other America’s Got Talent finalists. Grace headlined the America's Got Talent Holiday Spectacular in December 2016 on NBC, where she performed her arrangement of "Frosty the Snowman".

Grace signed a recording deal with Columbia Records in September 2016, soon after winning AGT, and began recording sessions in October for her debut EP, Perfectly Imperfect, which was released on December 2, 2016. Pre-orders for the recording entitled purchasers to an instant download of Grace's song "I Don't Know My Name". There are five songs on the EP, including all four of Grace's original songs from AGT and another original, "Gossip Girl". The recording is produced by Greg Wells. A Walmart version features one additional song, "Missing You (Coffeehouse Version)". The artwork for the EP was created by Grace's sister Olivia.

The EP debuted on the Billboard 200 albums chart at No. 9. Its lead single, "I Don't Know My Name", debuted on Billboard's Digital Song Sales chart at No. 37 and on the Bubbling Under Hot 100 Singles chart at No. 24. Another song on the album, "Light the Sky", is featured as background music in Google's "Year in Search 2016" video. Billboard magazine praised Grace’s vocals, finding them "reminiscent of a Taylor Swift-Regina Spektor hybrid". Brianna Wiest of Teen Vogue wrote: "The EP takes you through Grace's range, touching on issues that are all-too-well-known for young people, as well as soul-stokingly beautiful medleys that almost anyone could relate to. ... We see ... her ability to master both a softer, vowel-breaking folk tone as well as push through a serious power-ballad by the end. It's rare that you see both at once, but that's part of the magic of Grace's sound: it's at once completely new, and totally unexpected."

Grace is only the second female winner and second child winner of AGT. This girl
was the first in 2010 - Jackie Evancho. 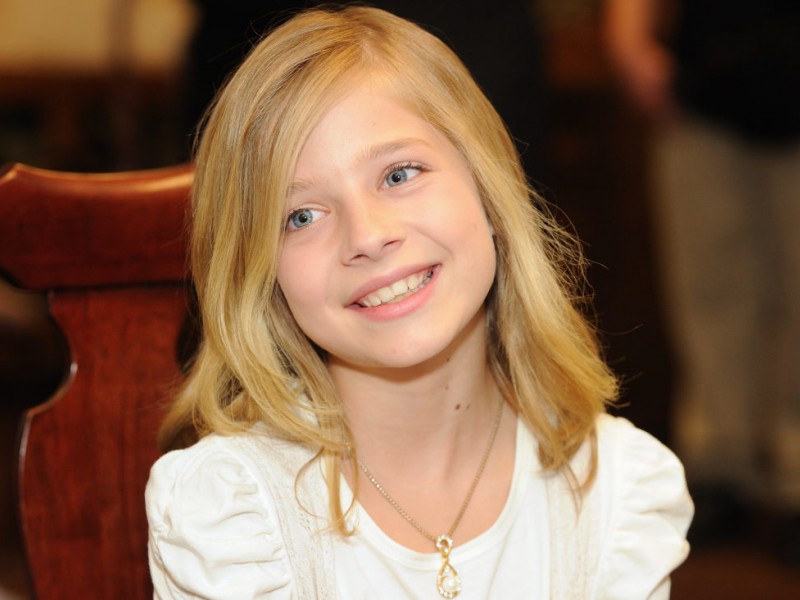 Click the photo for link to Jackie's page
Grace has been promoting the EP with a series of appearances and performances. She performed "Light the Sky" and "Riptide" at halftime during the New York Knicks game at Madison Square Garden in New York City on November 6, 2016. She performed "I Don't Know My Name" in the 2016 Macy's Thanksgiving Day Parade, on NBC's Today show on November 28 and at the Christmas tree lighting at South Street Seaport, in New York City, on November 29, where she also sang "Light the Sky". She sang "I Don't Know My Name" on The Wendy Williams Show on December 2 at Cyndi Lauper's annual holiday fundraiser at the Beacon Theatre on December 3 (where she also duetted with Lauper on "True Colors"), on CBS's The Talk on December 8, and at Z100's Jingle Ball Tour 2016 stop at Madison Square Garden on December 9, 2016. In reviewing the last event, Jon Caramanica of The New York Times commented: "One of the loudest receptions of the night was for Grace VanderWaal, a precociously thoughtful 12-year-old singer-songwriter-ukulele player". Grace is scheduled to return to NBC's Today Show for a performance on December 27, 2016.
Beautiful Thing (Lyric)
Light The Sky (Lyric)
Perfectly Imperfect
Clay
Gossip Girl (Audio)
Light The Sky (Audio)
Beautiful Thing (Audio)
I Don't Know My Name (Lyric)
Clay (Live from The Tonight Show (Starring Jimmy Fallon)
MSG NY Knicks halftime show
Frosty The Snowman on AGT Christmas Special