Darci Lynne Farmer★10 Things You Need To Know About Her 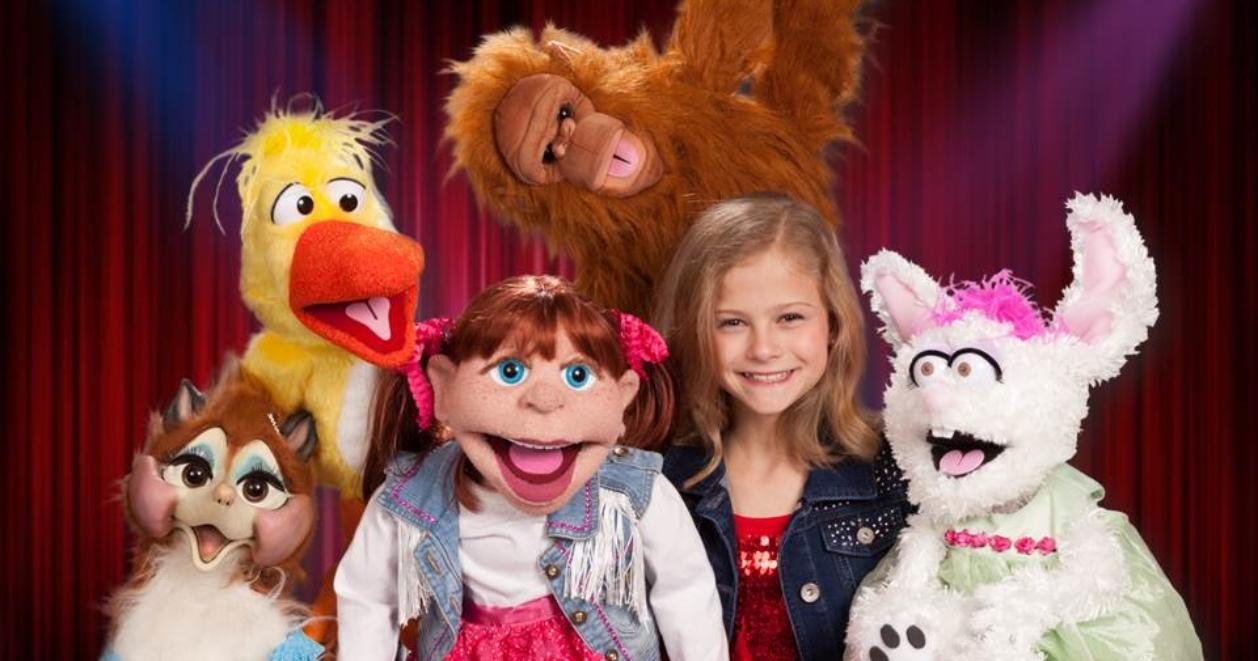 Darci Farmer has an amazing voice. And she also spends a lot of time hiding it—or at the very least, confusing people. That’s what great ventriloquists do. At age 12, the pre-teen singer has become the youngest, fastest-rising ventriloquist on everyone’s radar.
Her America’s Got Talent audition for the judges—Simon, Heidi, Mel B. and Howie—was such a success that Mel B. hit the Golden Buzzer, meaning that Darci gets to go straight to the live shows.

Puppets and ventriloquists are popular on the show. Ventriloquists Terry Fator (Season 2) and Paul Zerdin (Season 10) have already walked away with the million dollar first place prize.

“I really think that’d be a fun experience and enjoyable for the whole family. And I really want to be on that stage in front of the judges,” says Darci, who believes you can learn from and roll with rejection. “It’s good to get critiqued, so you can get better—and I want to do that.” Wise beyond her years, Darci has the support of her entire family when it comes to pursuing her dreams.

Last summer at the Vent Haven Ventriloquism Convention in Fort Mitchell, Kentucky, people—from novices to high-profile entertainers—were scrambling to the pre-teen with the bubbling personality and adorable puppet entourage. Darci and I spent a little time chatting about her journey into ventriloquism for my podcast, where she assured me that I’m not too old to throw my voice into the puppetry arena.

Darci credits another young girl with introducing her to the power of puppets. “It all started about three years ago when I went to a pageant in Las Vegas. I won the pageant with a girl who did ventriloquism, and in exchange for winning, we got to travel the United States and perform for a lot of shows and people.  I was just so fascinated with ventriloquism and how she did it. I didn’t even know what it was before I saw her. And so I asked her for tips and pointers, and she was nice enough to give them to me.”

Darci went home, practiced in her mirror for a few weeks, and then asked her mother for a puppet. Misty Farmer wasn’t expecting that request from her daughter. "You’re a singer, not a ventriloquist,” recalls Darci, repeating her mom’s response, but a little persuasion and some talent can go a long way.
“I begged, and begged, and begged, and then she surprised me with an eBay puppet— because we didn’t know what we were doing— for my 10th birthday.”

Less than two years later, Darci would be collecting professional puppets that would join her on stage to wow audiences and fans— including Steve Harvey, the host of NBC’s Little Big Shots, where Darci was joined by her puppet sidekick and yodeling companion Katie. 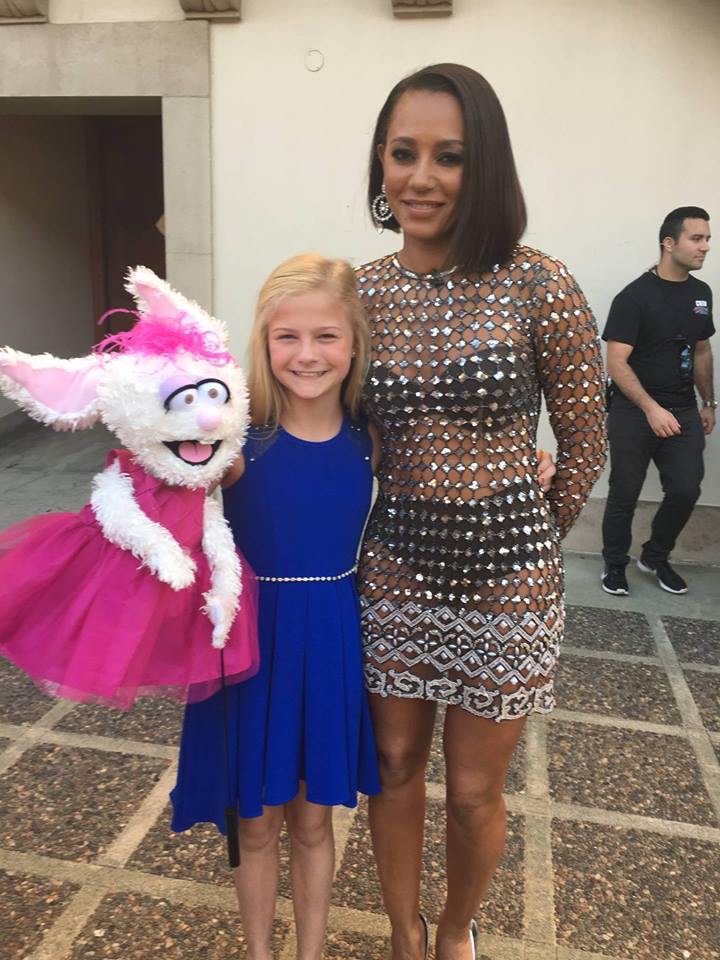 Darci Lynne:  Ventriloquist Sings With A Little Help From Her Friends - America's Got Talent 2017

Darci Lynne Farmer has been the one to beat during Season 12 of America's Got Talent. Ever since the 12-year old ventriloquist took the stage for her Golden Buzzer-worthy audition earlier this summer, she has wowed us over and over again, and Tuesday night's (September 19) finals performance was no exception.

For the first time, Farmer appeared on stage with not one puppet....but two! With Oscar the mouse on one hand and Petunia the bunny on the other, Darci Lynne brilliantly carried on a three-way conversation that included an argument between the puppets about who was responsible for the act making it to the finals.

At one point, Oscar became so nervous that he passed out as Petunia was showing her diva side for the first time. Just when we thought Darci Lynne couldn't get any better, she shocks us by performing a duet with her puppets. They sang the Beatles' tune "With A Little Help From My Friends" as Darci flawlessly went back and forth between the two different voices, showing off her impressive vocals and seemingly impossible ability to stay composed under intense pressure.

Darci Lynne's performance earned her a standing ovation from the audience and the judges panel.

“You are hands down incredible!” Mel B told Darci Lynne. “You’re so poised and I still don’t know how you do it, because you are that professional.”

The Season 12 winner will be announced during a star-studded show Wednesday night (September 20).

Check out Darci Lynne Farmer's impressive routine in the video below.

A star is born! Darci Lynne Farmer, the sweet tween ventriloquist, arrived on America’s Got Talent and won the hearts of people everywhere. Her audition was the best way to cap off the America’s Got Talent Season 12 premiere, as she was this season’s first Golden Buzzer! Thank you Mel B! This precious puppeteer and her singing rabbit simply blew the audience away! If you haven’t heard of her yet, you need to crawl out from under that rock and catch up, becasue Darci Lynne is the next big thing! This Darci Lynne Farmer wiki will prove it.

#1. Ventriloquism Got Darci Lynne Farmer Out of Her Shell

Darci Lynne Farmer comes from Oklahoma City, Oklahoma. Right before her AGT audition, she told the cameras why she took up ventriloquism. Darci waited for her turn to perform, the 12-year-old took out her puppet rabbit, Petunia and said they were alike in terms of shyness. “For me it’s always been, you know, hard to talk to people. I’m not good at eye-contact,  and things like that,” she said in her introduction.
When Darci was younger, she first saw a ventriloquist act at a local church and wanted to try it. She took on the craft after her parents gave her a puppet for her 10th birthday. “Ventriloquism, kind of, helped me find my voice. It’s really helped me come out of my shell.”

#2. She is a Little Big Shot!
Though Darci had a small case of nerves about performing on a national stage like AGT, she has done it before. At the age of 11, she was on NBC’s Little Big Shots, a family-friendly variety show hosted by Steve Harvey and produced by him and Ellen DeGeneres.
And if you had any doubts about her skills in the craft, you’d be surprised at how fast she picked up ventriloquism! Before Little Big Shots, Darci performed with her doll, Katie, in Edmond’s Got Talent, a local talent show in her hometown. Her ventriloquist yodeling won her the grand prize of $300. Unbelievably, she had only been learning ventriloquism for a month before she won! 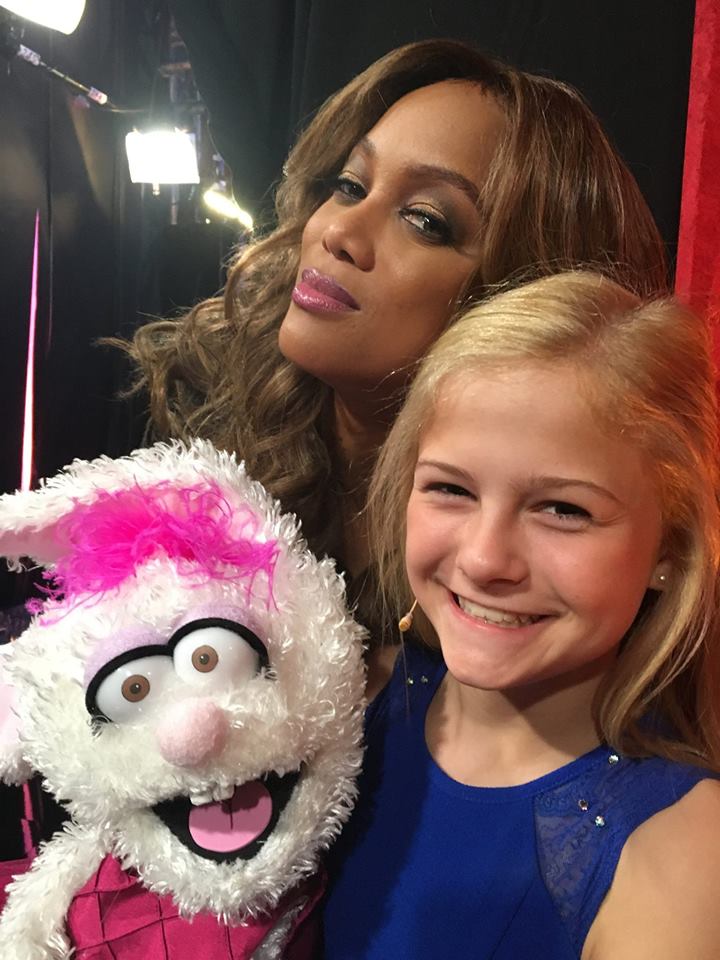 Clarke and Misty Farmer’s sons, Nick, Dalton, and Nate, are active in sports and entertainment just like Darci. But their daughter has also been competing in pageants since she was six.
After being inspired to take up ventriloquism, she learned the craft from Laryssa Bonacquisti, a local pageant participant. Darci was friends with the 18-year-old Texan when they participated in the Cinderella Scholarship Pageants together. Laryssa’s talent segments featured her ventriloquist acts. “I thought it was fascinating and really, really wanted to try it. She gave me advice on how to use certain words and tips so my mouth didn’t move.” said Darci.

Darci Lynne Farmer had been training in elite gymnastics for 20 hours a week while competing in pageants, and she does really well in school. Darci’s mother, Misty, was worried if she could juggle ventriloquism with school and gymnastics. “I said we can’t take on one more thing,” said Misty Farmer.
“She would go in the bathroom to practice and come out and do Laryssa’s entire routine. She kept wanting a puppet. I would say, “No, you’re a singer and not a ventriloquist,” but her parents thought it would be nice for her to have a puppet to play with at home and got the cheapest one on eBay for Darci’s birthday.
Darci has given up on gymnastics, but takes ballet and guitar lessons. She also participates in musical theater. Music and ventriloquism will always be her favorites because it’s “a lot more fun." 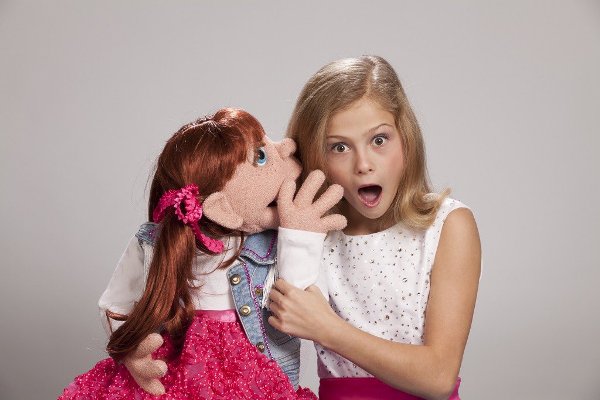 #5. Her Goal is Winning AGT

After winning local talent shows and participating in Little Big Shots, Darci now has set her sights set on winning America’s Got Talent. Her inspiration is Terry Fator, the Season 2 winner and the first ventriloquist to win AGT. Paul Zerdin of Season 10 was the second ventriloquist to win.
Darci Farmer got to spend 45 minutes backstage with Fator when he performed in Tulsa. He gave her a few tips and advice on doing impersonations with a puppet —which we’re sure she’s going to use on AGT! Since she’s the first one to make it straight to the live shows, can we request a collaboration?
America’s Got Talent airs Tuesdays at 8 p.m. EST on NBC. 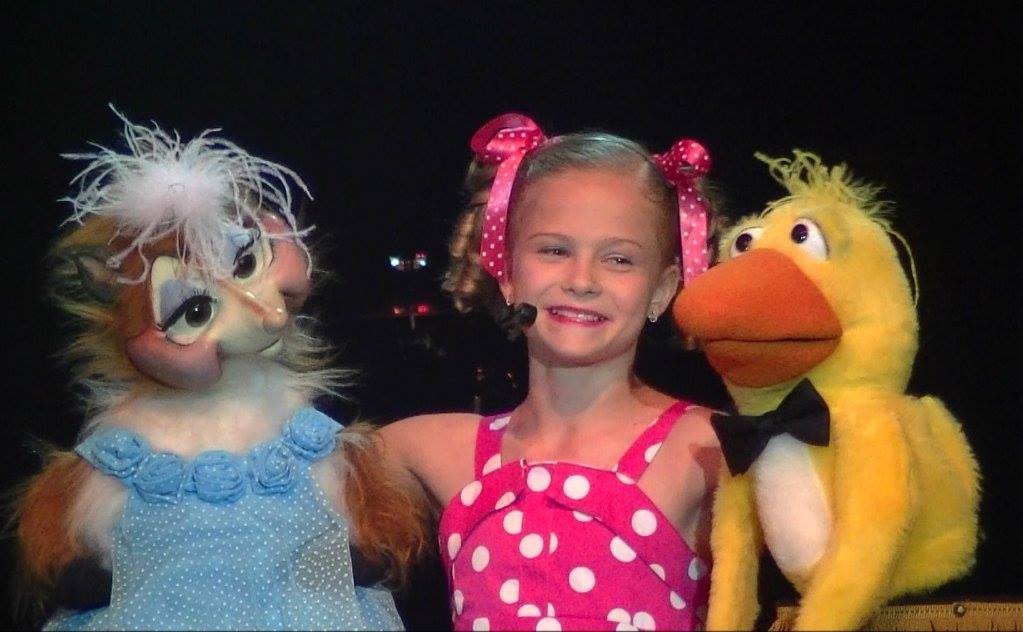